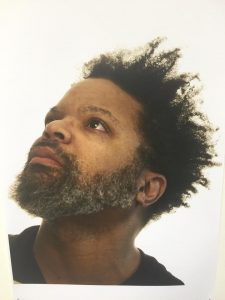 I am Nick M. Daniels. Born and raised in Pittsburgh, I have a Bachelor of Arts in Dance from Slippery Rock University. As founding Artistic Director, I started the DANA Movement Ensemble prior to graduation in Spring of 1991.

I, along with my Company, have received many awards, accolades and favorable reviews from across the country, including performing at the Three Rivers Arts Festival, the Carnegie Museum, The Pittsburgh Dance Council. After a 20+year hiatus I was selected as a Freshworks resident for The Kelly Strayhorn theater, selected for The New Moves Festival 2016, The My People Queer Showcase, selected as a featured artist at Google Pittsburgh, Kelly Strayhorn Theater's Martin Luther King Day Celebration, Full Bloom fundraising event, The Mattress factory's Urban Garden Party, nominated for a CREATE award, Main Stage performance at the 2017 EQT Pride Festival, selected for The Festival of Us in Cambridge Mass and the Scranton Fringe festival.